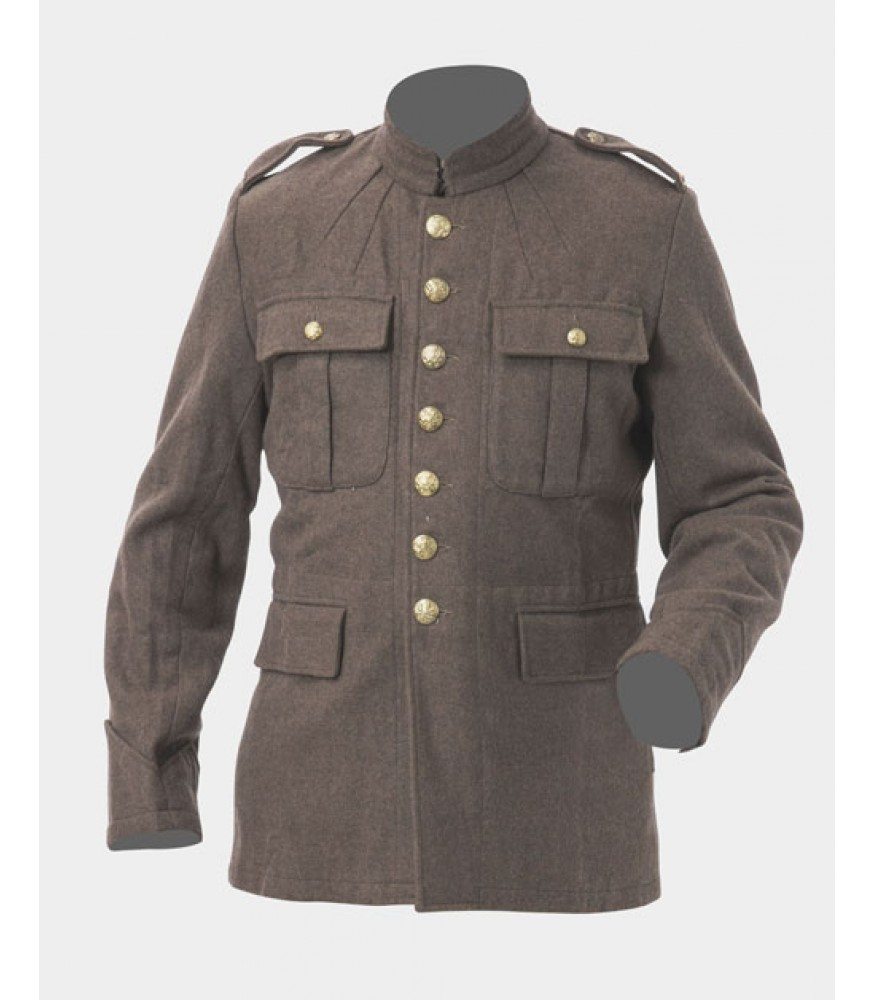 The Canadian armed forces on the eve of the Great War were fairly small, and while having numerous Militia units affiliated to and recruited in particular parts of Canada, there was only one regular unit – the Royal Canadian Regiment. When war broke out the Militia battalions were disbanded, and a Canadian Expeditionary Force (CEF) formed. This comprised of numbered battalions (more than 260 by 1918), plus support units such as Medical Corps, Engineers and Artillery. By 1916 there were four Canadian divisions in France, forming the Canadian Corps.

While the basic uniform very much resembled the 1902 pattern Service Dress worn by British soldiers, on the eve of the war a modified version of this was commonplace in most Canadian Militia units. This was the Canadian 1903 pattern uniform, which differs from the British issue in that there are nine buttons instead of seven, ‘pointed’ cuff ends to the tunic sleeves